WARNING: Aboriginal and Torres Strait Islander viewers are warned that this site may contain images and voices of deceased persons.

Holy Cross Catholic Primary School were strong contenders in several categories, taking out the prize in the Community Participation section for their newly formed dance group. The group consisted of eighteen Aboriginal students from Kindergarten to Year 6. 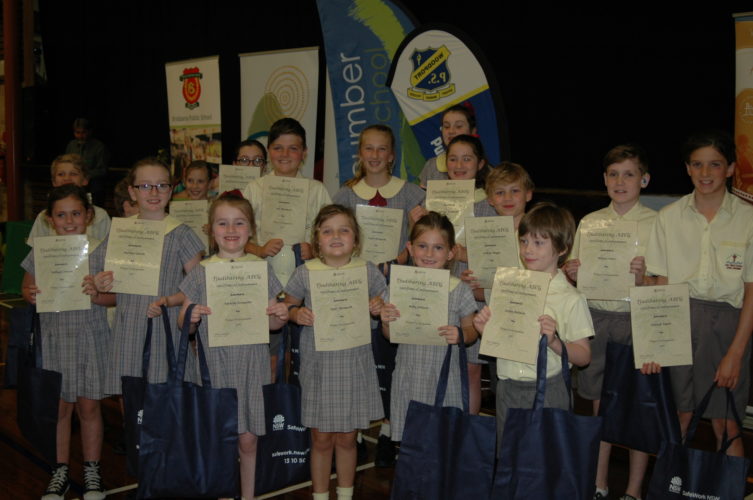 They were guided by two AEWs from within the Diocese, Karen Chapman and Samantha Harrison, who helped them to choreograph and rehearse their own moves. The group had mostly beginner dancers who were able to fine-tune their dance and movement skills well enough to perform for other schools on the Central Coast.